Forced into a guy’s night out by their wives, a stay-at-home dad and a stay-in-his-cubicle accountant go on a disastrous ‘first date’ only to learn that friendship really is magic.

My absolute favorite play of the night.

Kelly Younger’s Mandate is one of the festival’s gems. 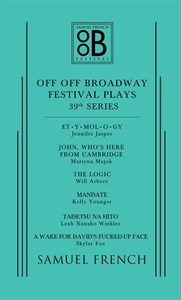 Mandate by Kelly Younger … provides great humour with two husbands on a ‘man date’ set up by their wives. Hilarity ensues when the older of the two comes on far too strong in his efforts to make the other his best friend…

… a very funny forced ‘bromance’ by the wives of two disparate men who have just met. One man begs to be the other’s BFF. The humor oozes from the awkwardness.

– Shera Cohen, In the Spotlight

One of the festival’s gems!

Named one of the best plays of 2014 and published by Smith and Kraus. 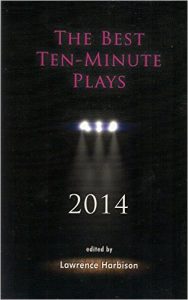